14 years ago the first Chain Reaction ride rolled out of Adelaide, headed for Melbourne. Those who rode that ride will never forget it. It is seared into their brains. It perfectly embodied the “Challenge“ aspect of Chain Reaction. It was the start of something quite remarkable.

Today, the 38th Chain Reaction ride commenced in Hobart. In the intervening years, Chain Reaction has raised almost $30 million. It is fitting that two of the veterans from that very first ride - Berrick Wilson, Chain Reaction’s founder and chairman, and John Ward, former rider and now CEO - are part of today’s peloton and crew, respectively.

This will be my 10th Chain Reaction ride, and my third tour de Tassie. It doesn’t get any easier; quite the contrary. Equally, to my mind there are few things quite so rewarding as being able to test one’s mental and physical limits in spectacular places, supported by remarkable people, including thousands of generous donors, raising buckets of money for essential functions of our society. Who wouldn’t want to be part of that? 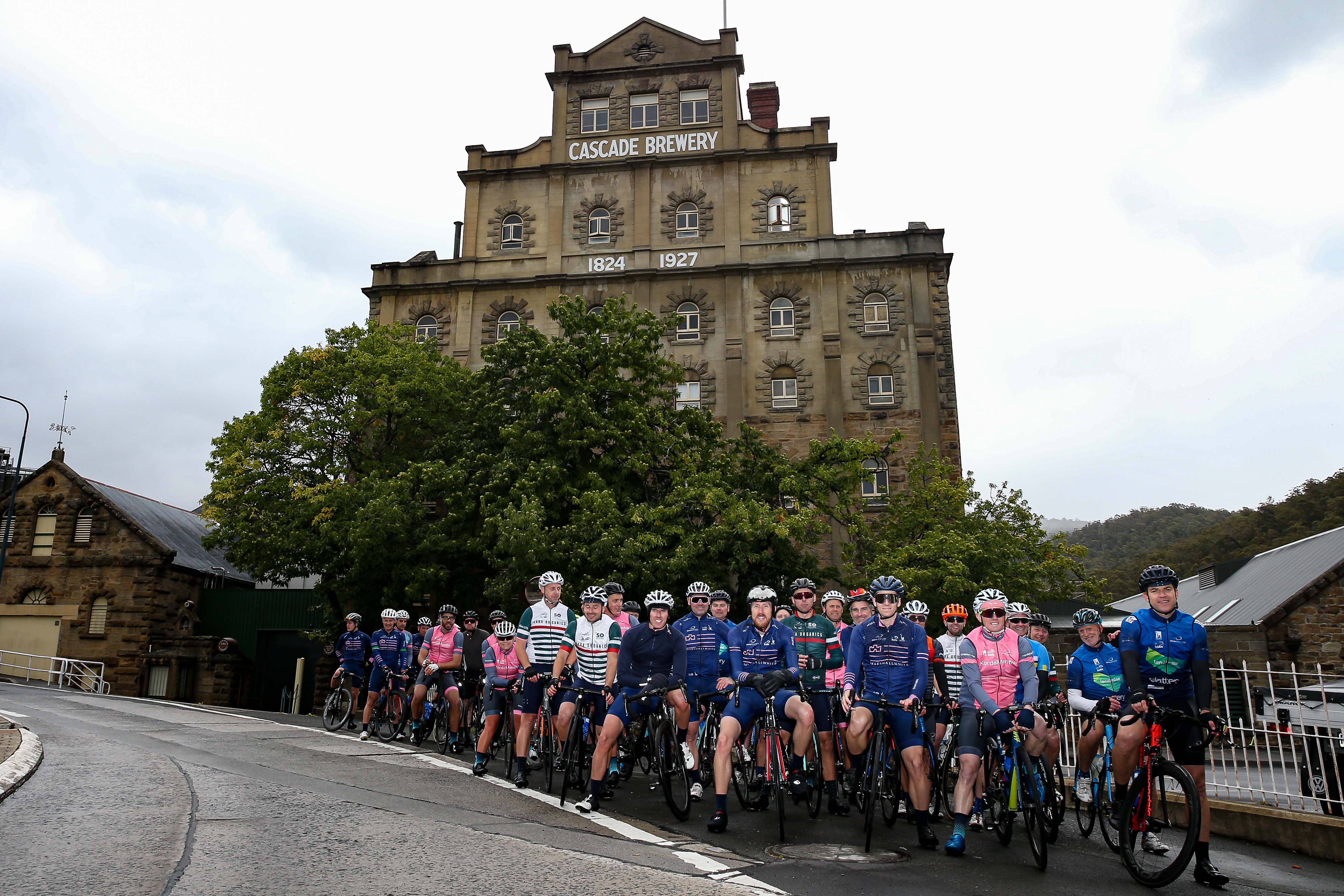 Every Chain Reaction starts with a maelstrom of emotions among the peloton. The new riders are always anxious, however strong they may be; a stew of excitement, nervous energy and anticipation, and trepidation occasionally curdling to fear. Even the veterans feel it, albeit in more muted fashion. Each rider and crew member has their own reasons for doing the ride – some of them shared, some of them very private. A lot of contemplation and reflection goes on before the start: less “calm before the storm“ and more like the breathless buildup that occurs every year in the Top End before the big wet breaks. The ride always becomes more raucous as it progresses.

One thing that settles most of the riders is the knowledge that they have worked so hard at training over the last four months. Just before the start of the ride our belts, jeans, skirts and cycling knicks are about as loose as they get, the product of exponentially increasing exercise rates and careful dietary management. (For some, that’s a week on fruit juice only. For others it means less beer and chocolate in the month before the ride starts. Each to their own).

We give quiet thanks to SuperCoach David McKenzie's training program, with Yarra Street and Arthurs Seat repeats, or the psychological shock of Pigeon Bank Lane. There is proven method in his madness - put nuggets like Yarra, Arthurs and the Pigeon in your mental bank and you’ll get through a testing week.

Another thing that gets you through the ride is the “special sauce“ which is the cohesion and camaraderie that develops among the Chain Reaction peloton and crew as the week progresses. You will read about it in the blog. You will see it in the photographs and videos. More than that, it’s like an intangible glue that binds us all together as we each experience challenges, setbacks and triumphs during the course of the ride.

Something that always buoys us is the generosity of our donors. Not surprisingly, there was a sense that, after those terrible, all-consuming bushfires, it would be more of a challenge to raise money this year. Perhaps not. It seems that, as it does year in and year out, the Victorian ride alone will again raise $1 million for its charity partners. 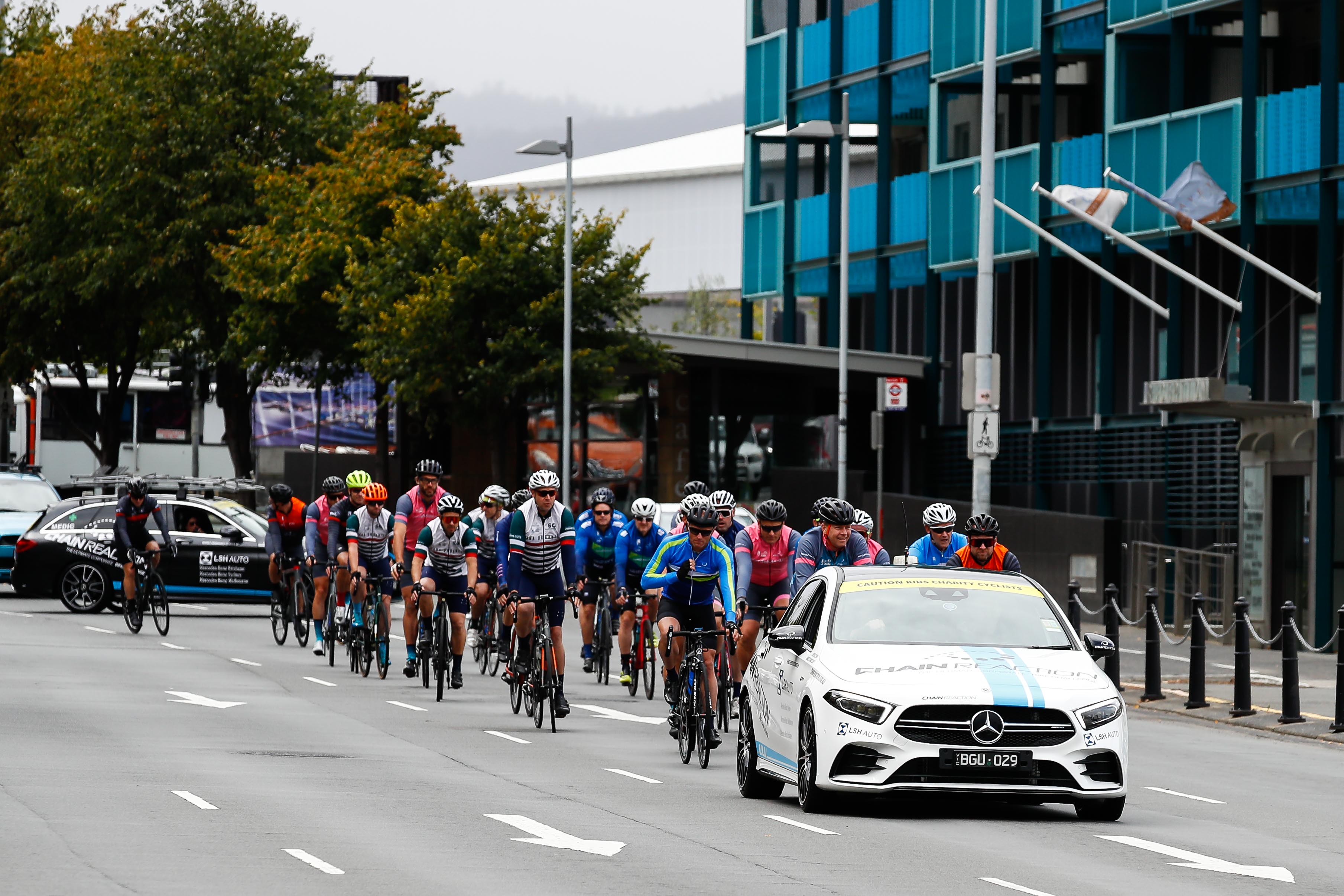 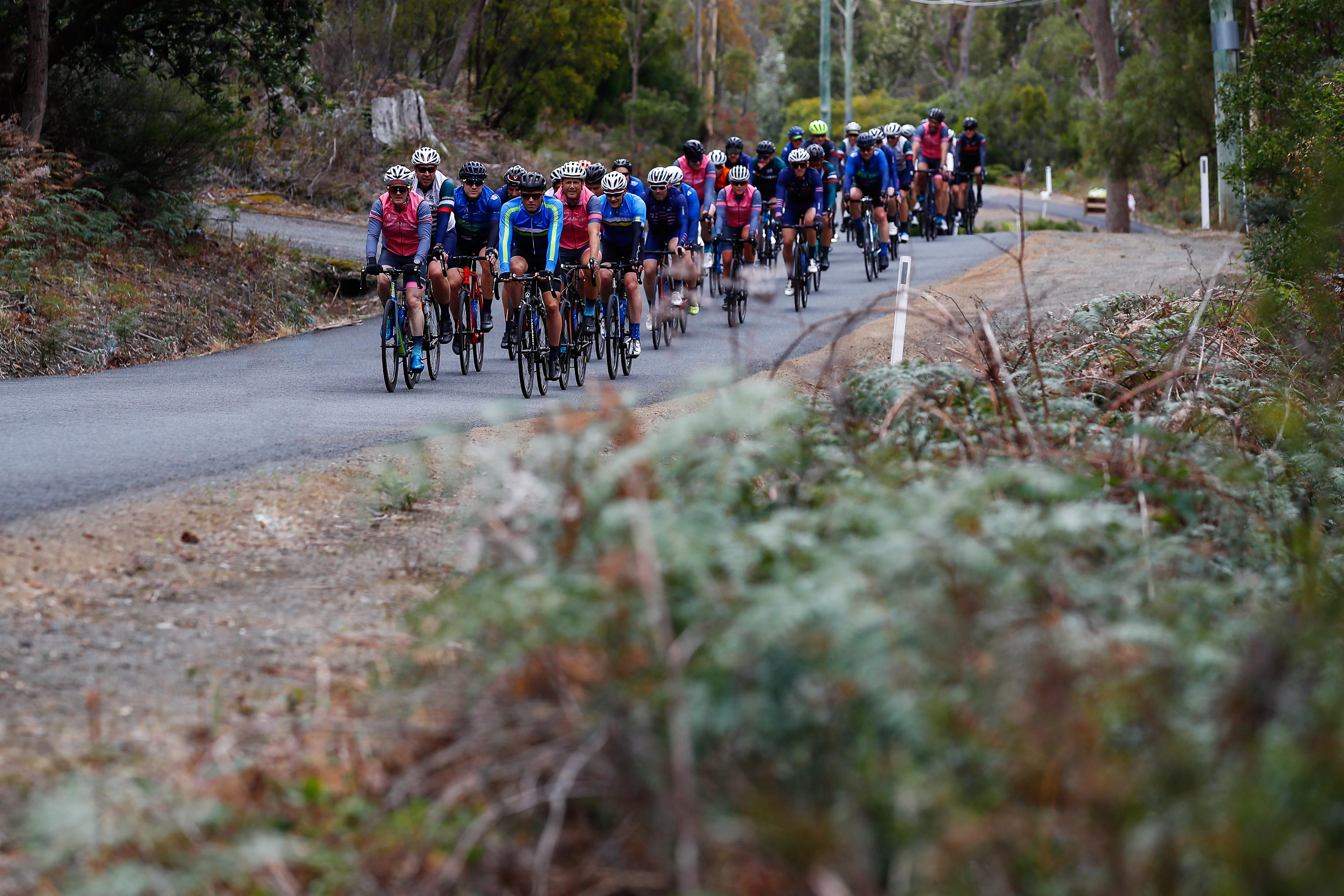 It was cold and windy as we rolled south through the riverside suburbs of Hobart, led out by 10-ride veterans, Adam Davis, a remarkable contributor in many ways to Chain Reaction since 2008, and Alex King. The rain started: not drenching, but enough to make the exercise unpleasant. Riders put on and took off their gear, trying to get a sense of how many layers the conditions merited.

We rode our way through Kingston, Blackmans Bay and the curiously named Tinderbox, before turning north, climbing inland and then up, across and down the lower slopes of Mount Wellington on our way back to Hobart.

It was a fine warmup in cold and greasy conditions: classic Chain Reaction. It was also a fitting start to what looks like a spectacular week to come. 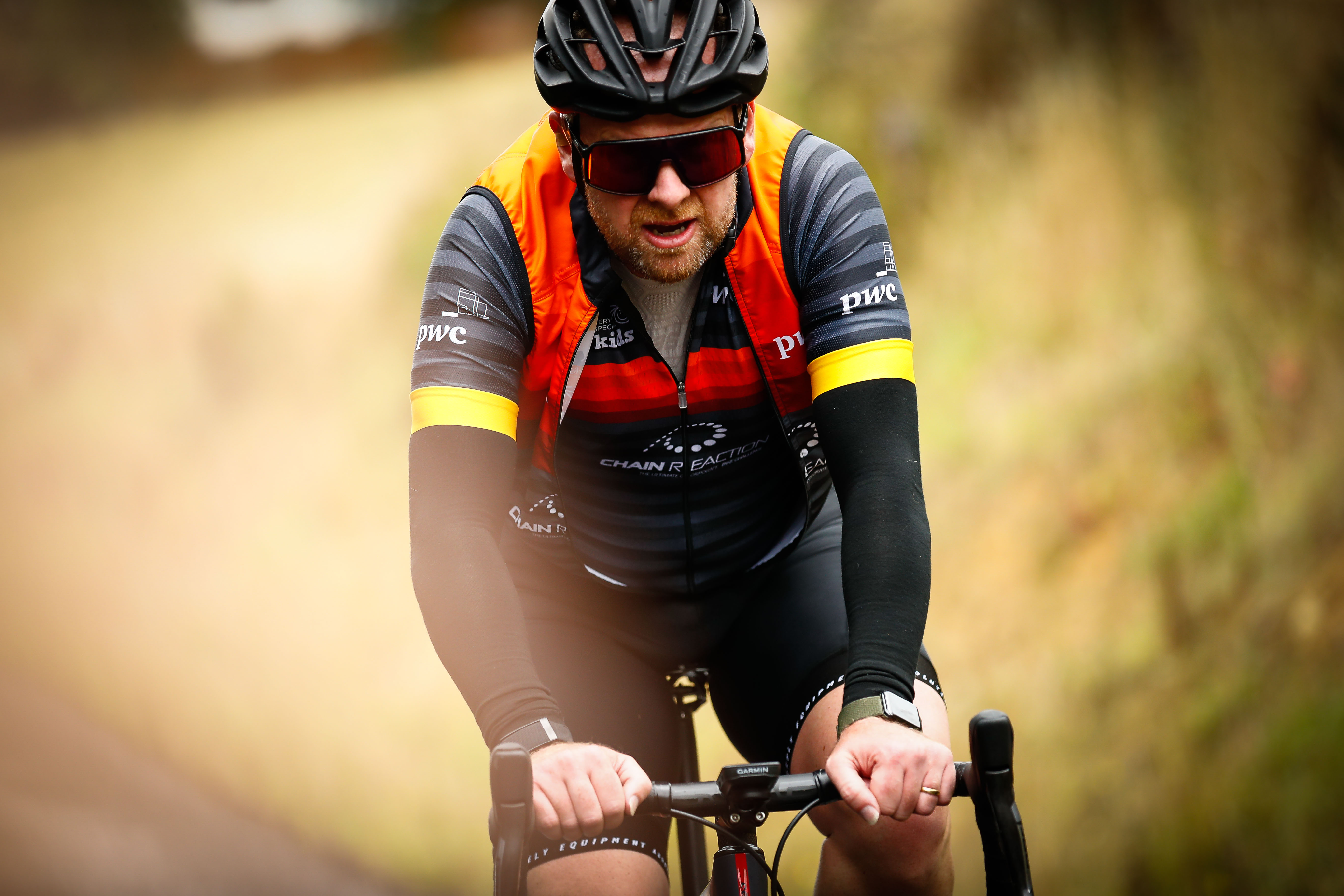 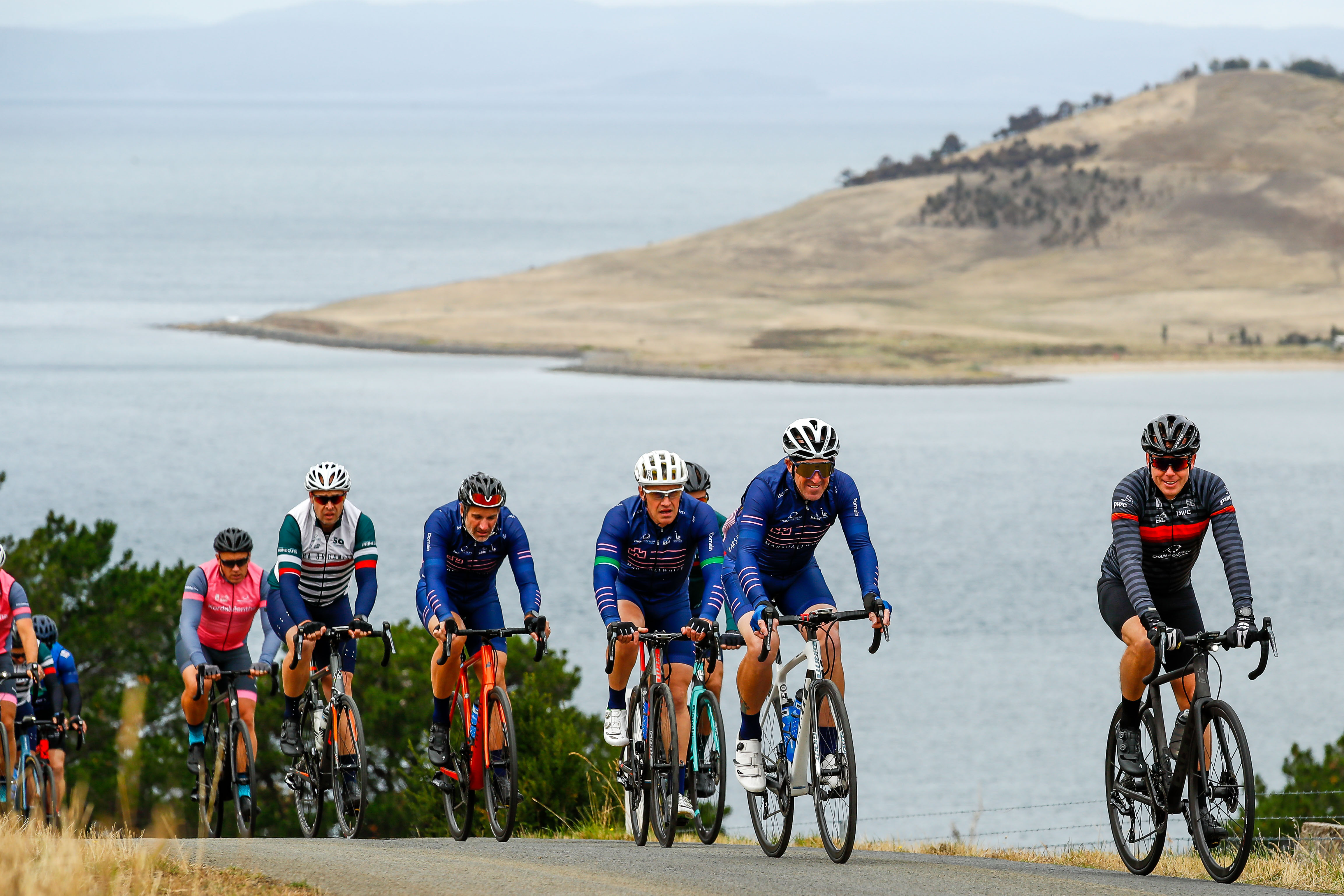 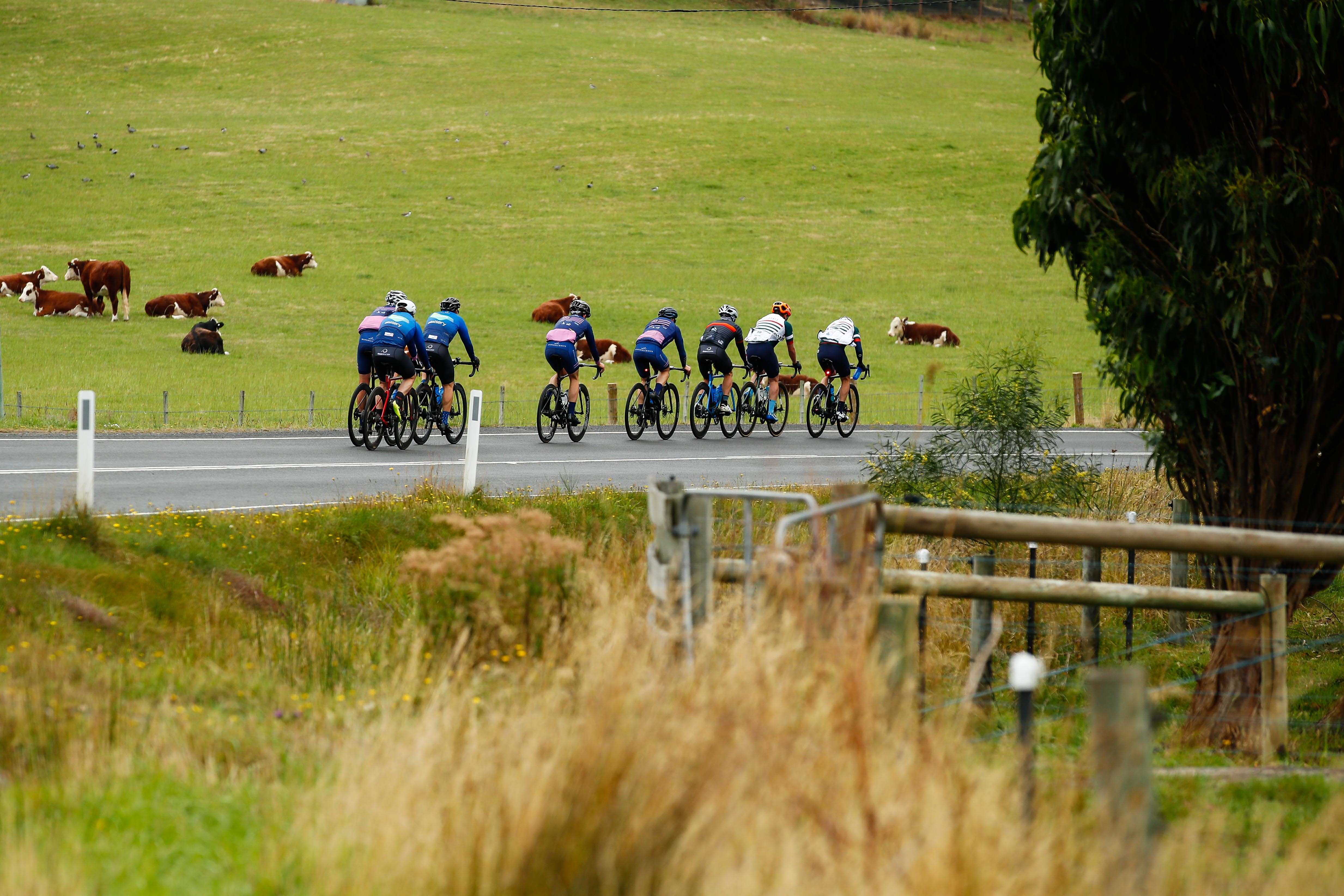