Today was everything that Chain Reaction establishes itself to be – to ultimately replicate the pro tour experience – and on Thursday 12th April 2018 it delivered that in spades.

Pro tours aren’t just about the glamour climbs through the scenic Alps. That’s part of it and today our climb of McLaren Vale’s Willunga Hill absolutely evoked what it must be like for competitors to be battling it out on the pitched climbs that inevitably determine the outcome of a grand event.

Pro tours are also about the transition from the glamour to the unrelenting grind of hours in the saddle as a team takes on the elements, protecting each other from block or side on winds punishing all. No one can escape it, and everyone wears the effect of it, no matter how well protected. This is the real work of pro touring. The not sexy, less seen side, the bit that usually happens before the coverage really starts to focus on the final 50kms. Our stretch as we turned right at the mouth of the Murray River and headed back towards Goolwa and on to Victor Harbour was just this.

For all these reasons it was a day we’ll never forget. 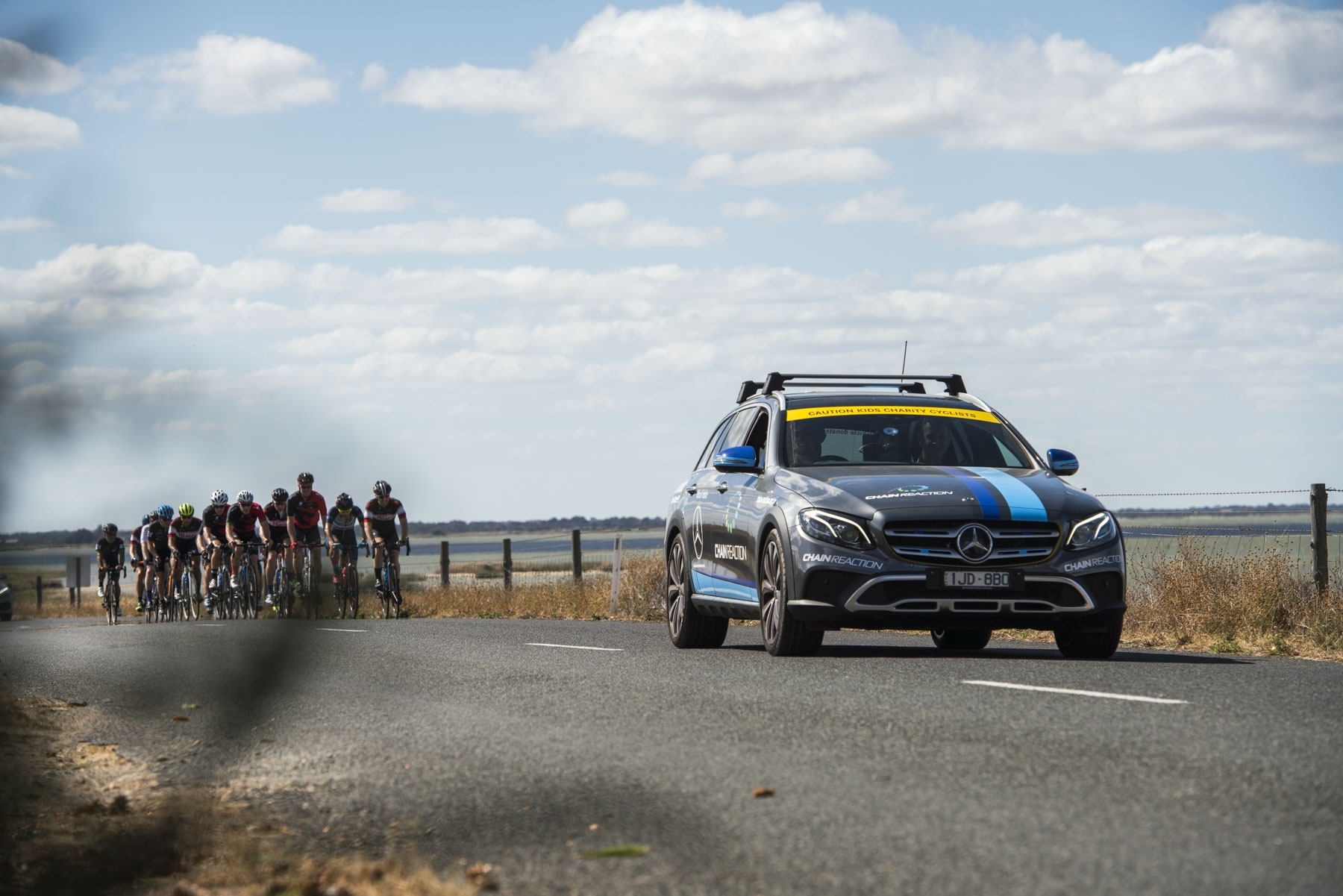 The pain of five accumulated days of wind battered climbing was absolutely apparent last night as we pulled in to our epic accommodation in McLaren Vale. But by this morning with massages, great food, and a great night’s sleep behind us, a transformed peloton was able to give the Willunga Hill the true respect it deserved. For many of us, this was our first experience of this great hill. Despite essentially being only a 3km climb, it evokes atmosphere. Markings and messages still lie across the road, the summit is literally crested by the gold Willunga KOM crown, and all of us can relate to watching Ritchie Porte and many other heroes work their magic on a hill lined with supporters every inch of the way. We imagined they were all there today and it was great. 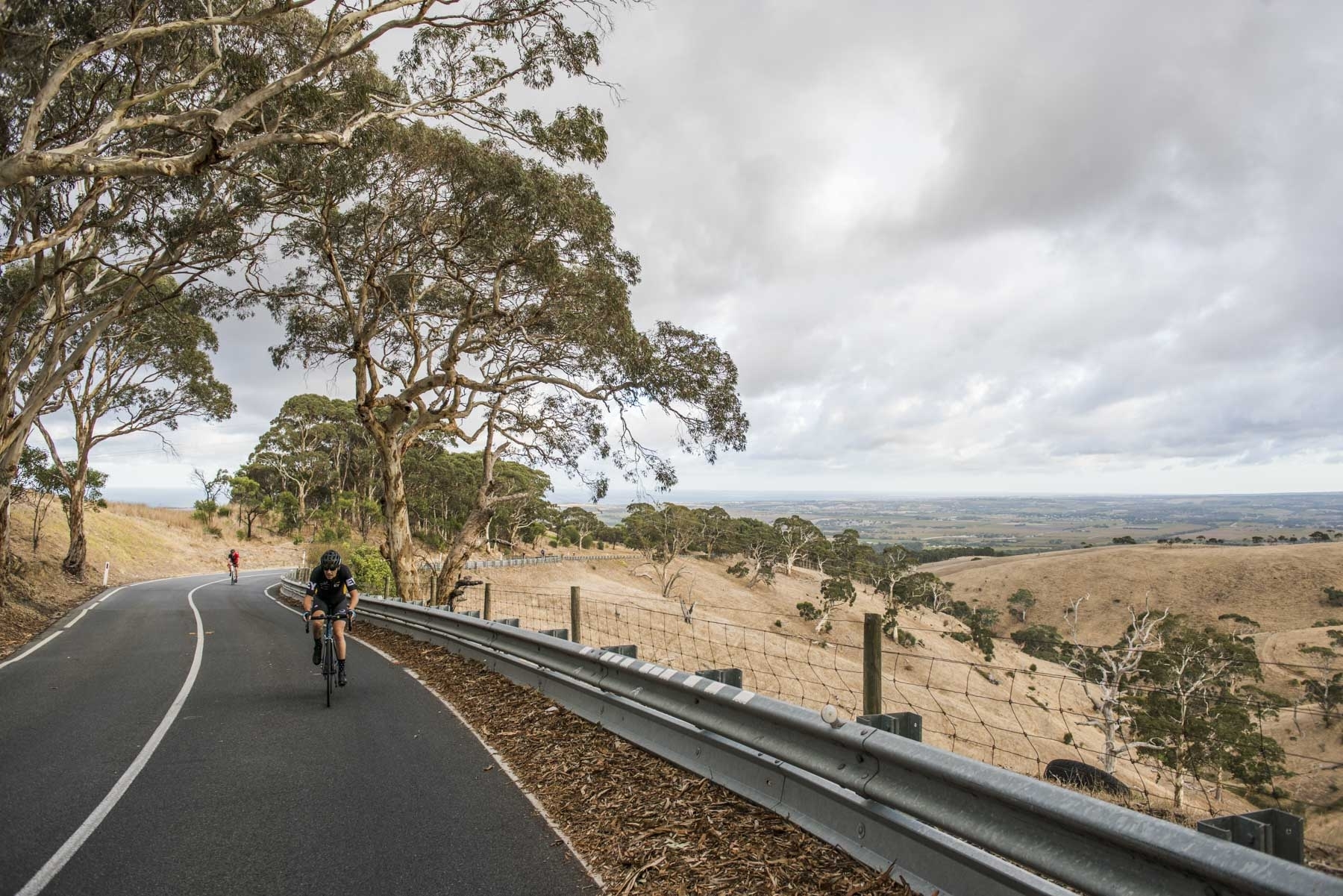 With the throng of our imagined crowd ringing in our ears we now rolled on through some epic laneways and back country roads following the ridge line. Heavily protected with tree lined boulevards, the strength of the sun was kept at bay. Our old friend, the strong north westerly too, was able to be contained even though it did mean days of branches and pine cones littered our path. None came to grief and soon we were enjoying our reward of a long descent from our home of 24 hours down to the flatlands where the great Murray River meets the Southern Ocean.

The lovely town of Strathalbyn hosted an extended drinks break and team photo. Only another 15km later we were enjoying the BEST lunch we’d had on our whole trip. Kudos to the Bridge Hotel in Langhorne Creek. Great salads, grilled meats, in a great atmosphere. 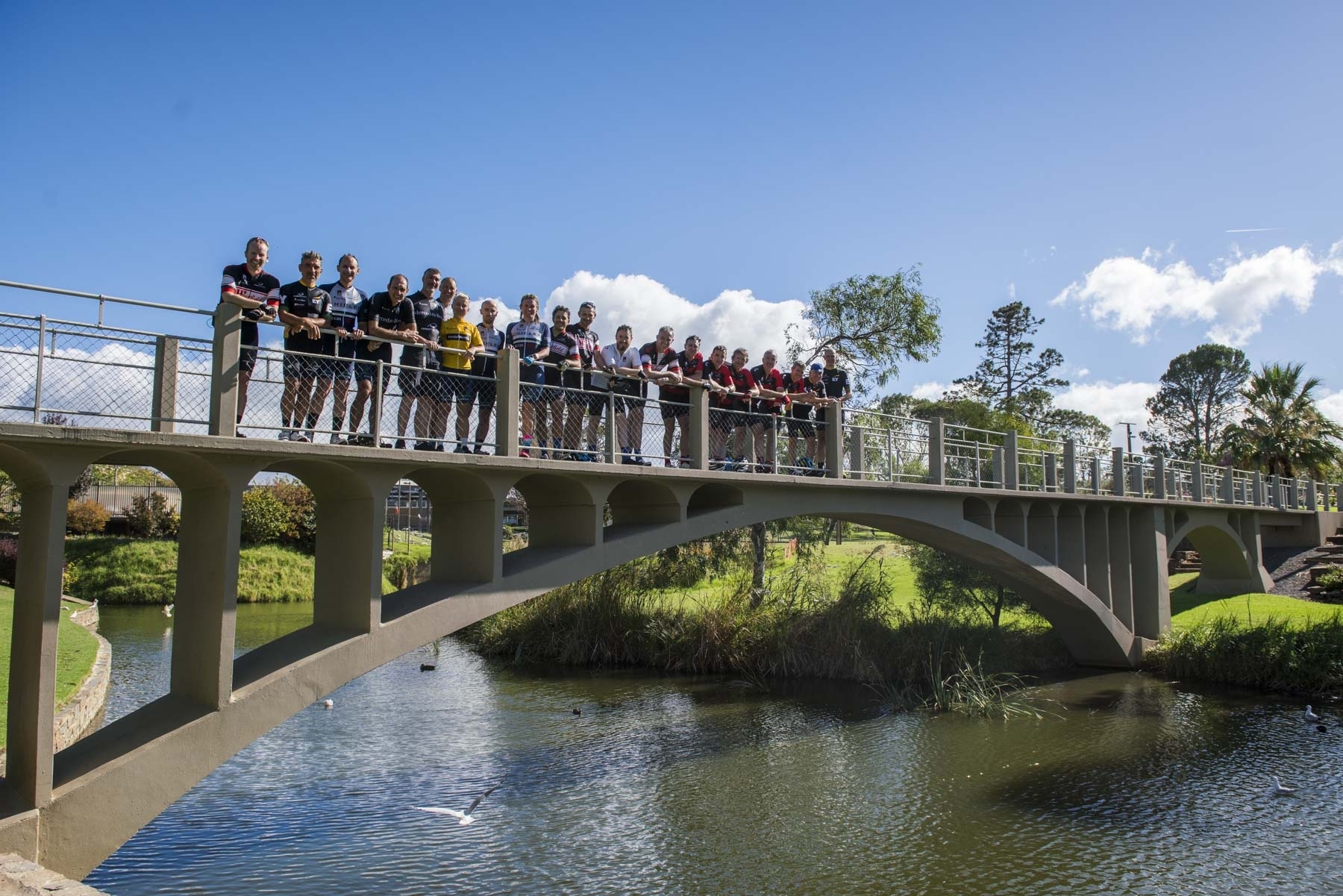 But two early, long and luxurious breaks were really there for us to lay a base to then attack the real work that lay ahead. For the next four hours our lives returned to the grind of a block head wind on roads with little or no shoulder. Open wind swept links land gave us no relief. Charles Moore and Kel Davey did the lion’s share of the lead out, followed later by Norman Rydge and Elliot Katz. Solid effort guys, you made it possible for 23 comrades to get home safely and with some energy in the tank.

On the way we passed through the delightfully historic town of Goolwa – our imaginary crowds lining the footpaths as we drew to the end of another stage of the Tour Down Under.

Tonight we rest in Victor Harbour. Again in accommodation that leaves nothing to be desired. Yet again the Chain Reaction team has thought of everything, provided for every need, and delivered us to every destination safe and sound. Pros, the lot of them. 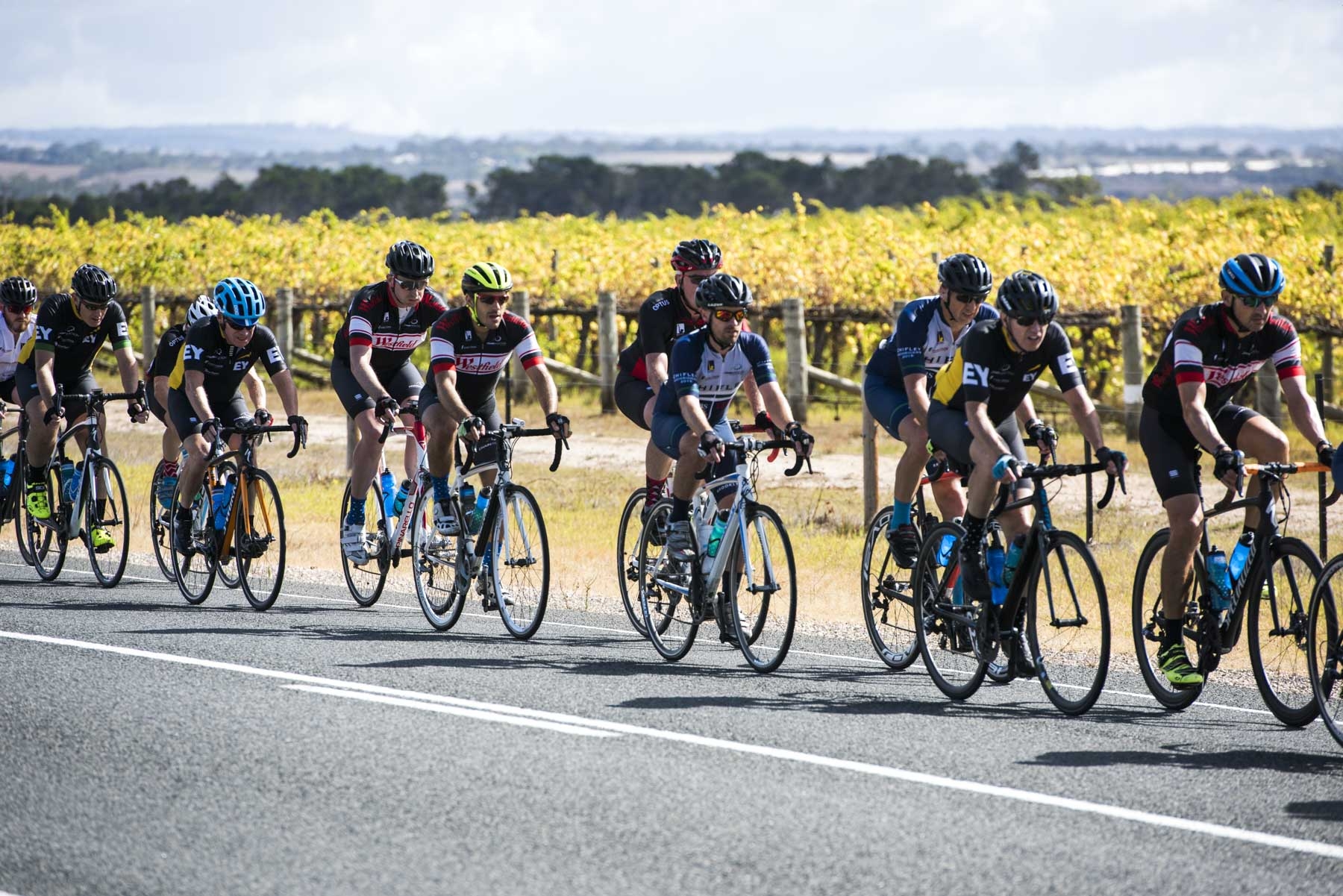 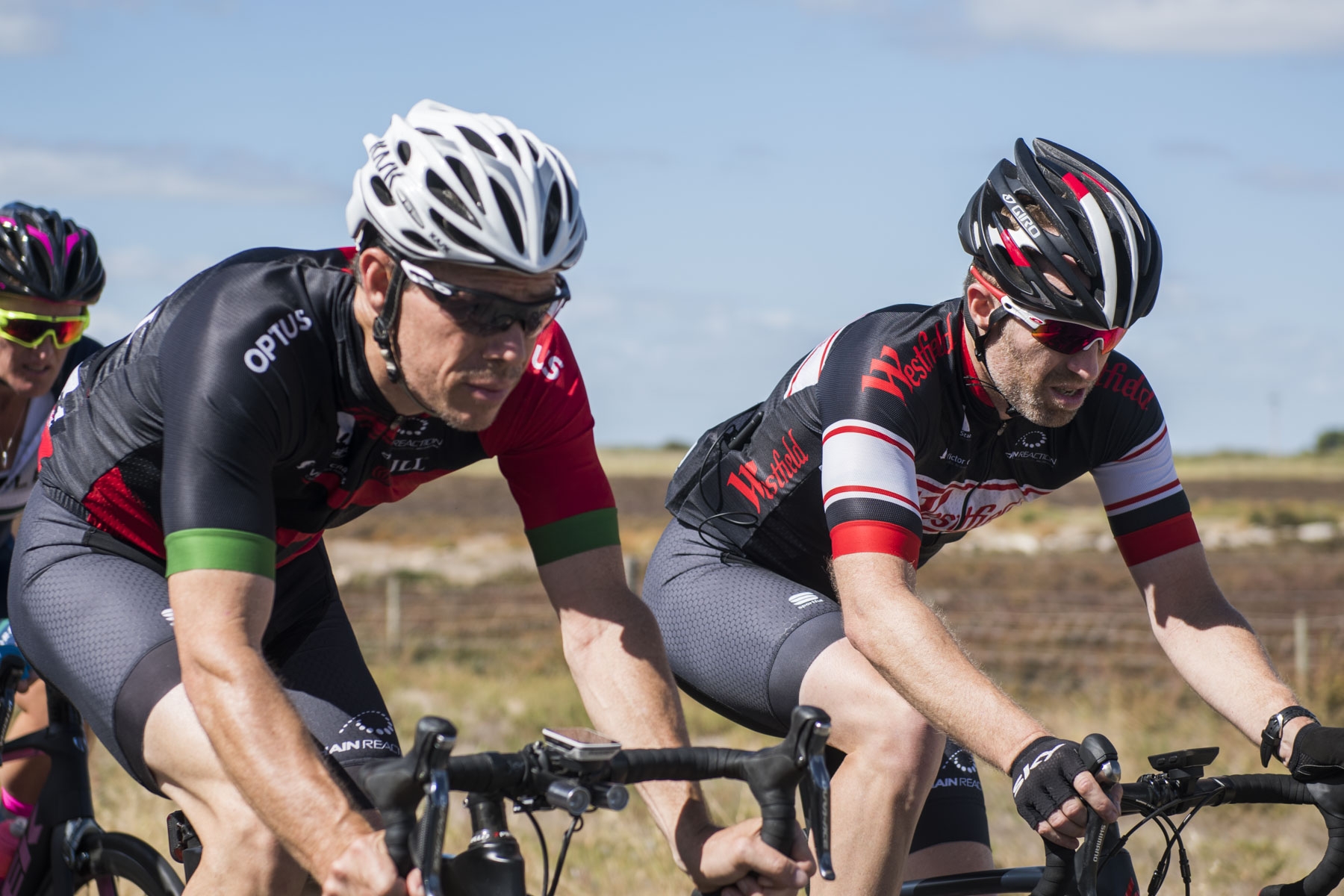 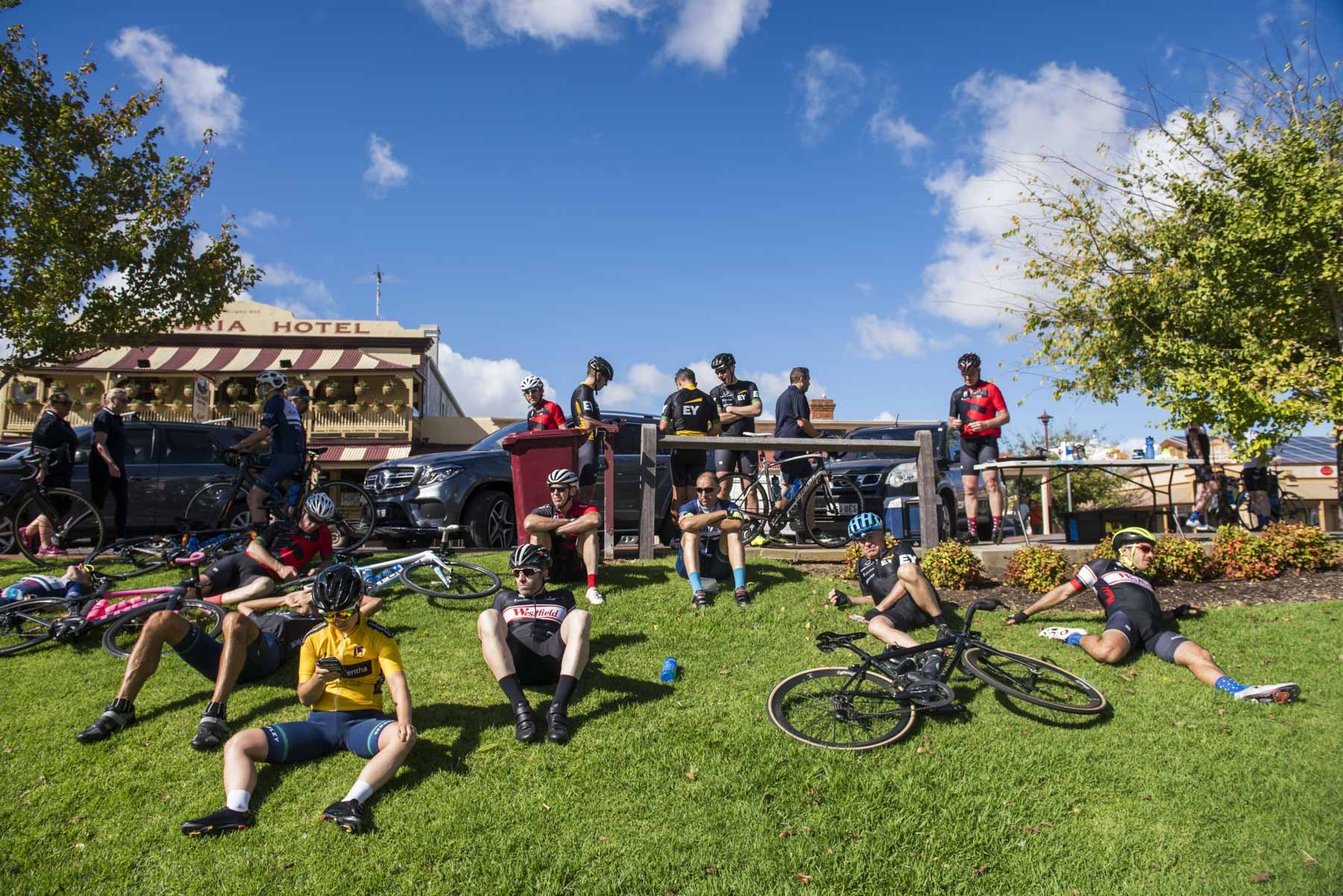