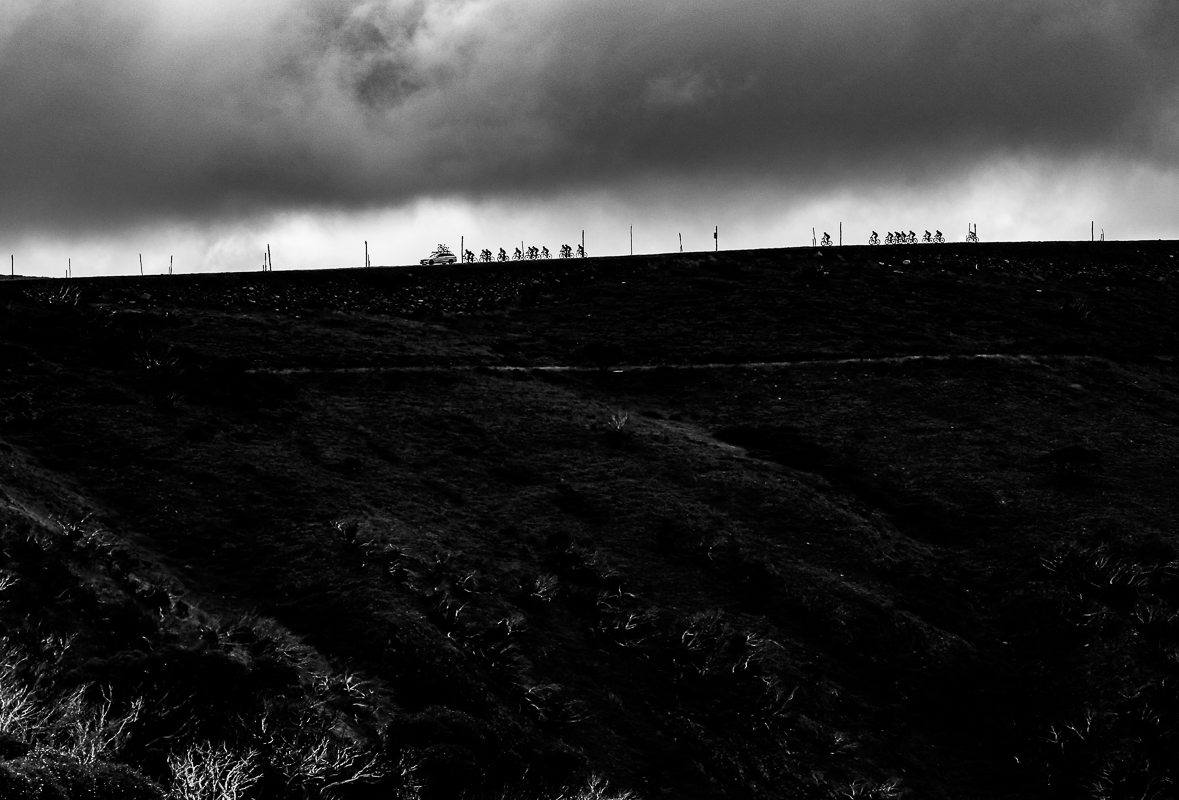 This will have to be quick. Its 9.30pm at the Oven Valley Hotel Motel in Bright. We have just come from a team dinner at the local craft brewery, followed by the Hutchie’s presentation. The two bloggers spent the afternoon preparing to speak so we are a little underdone for blog musings and, anyway, we’re keen to get to bed before the climb up Mt Buffalo tomorrow.

We completed the fourth day and the fourth peak today and, in our 7 peaks quest, it was a serious hump day. Up the side of Mt Hotham. Thirty-two kilometres of climbing. Through wind and cold. When they reached the peak, the riders spilled into the warmth of the lunch lodge, and there were more than a couple torn between laughing and crying, or just hugging the person next to them.

But to start from the beginning. We woke up again in the fabulous town of Bright. It seems to be a ski base in the winter and a cycling haven in the summer. Book shops, ice creamies, Italian restaurants, elm-lined streets, adventure shops, but more like a country town than a resort … we are all fans. Though they seem to be a rather stoic mob here. This blogger only came to realise yesterday that he might have under-clubbed in the old wardrobe department because it was going to be 0 to 2 degrees at the peak. I visited the local bike shop to buy some thermal gear, but they seemed incredulous. It’s not winter yet, why would we have cold weather gear? We only have t-shirts and shorts and some knicks. They don’t seem to have adjusted for Queenslanders at all... In the end, there was only a ladies XL undergarment (which, happily, was on special) so I locked it in. When you’re in lycra, no one knows if you’re blousy. 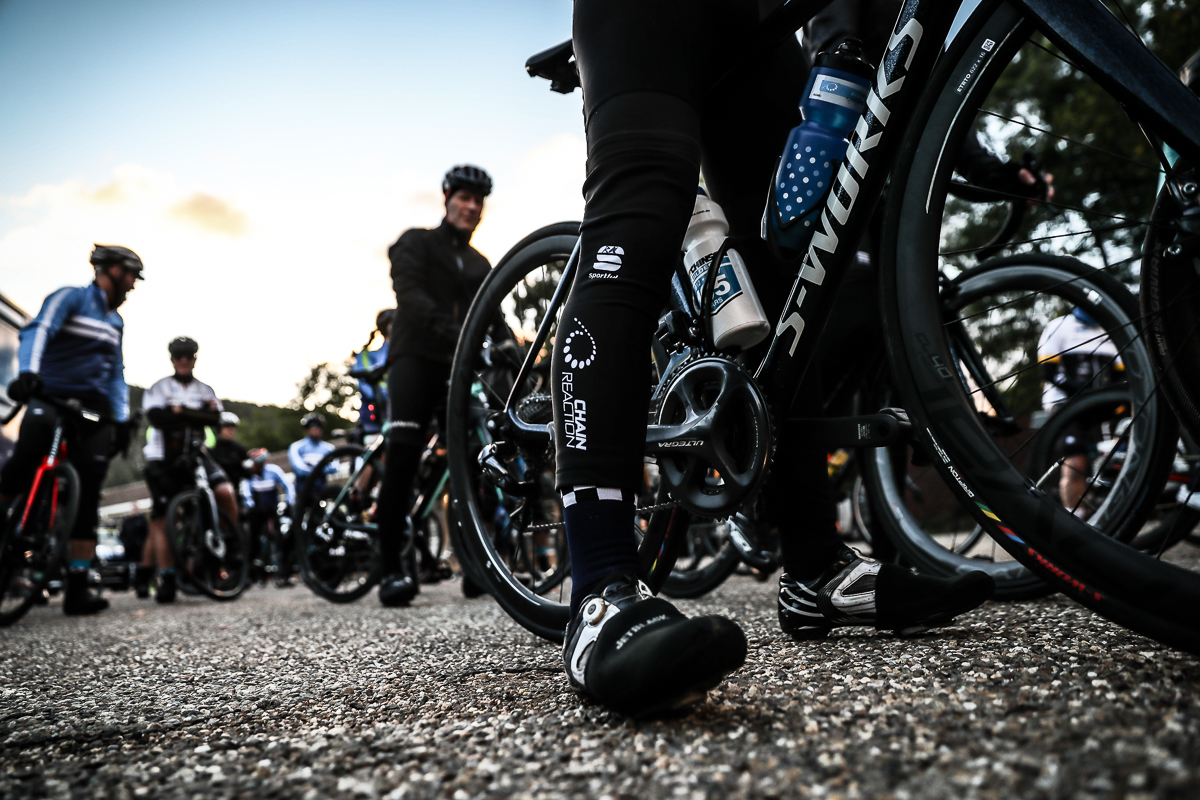 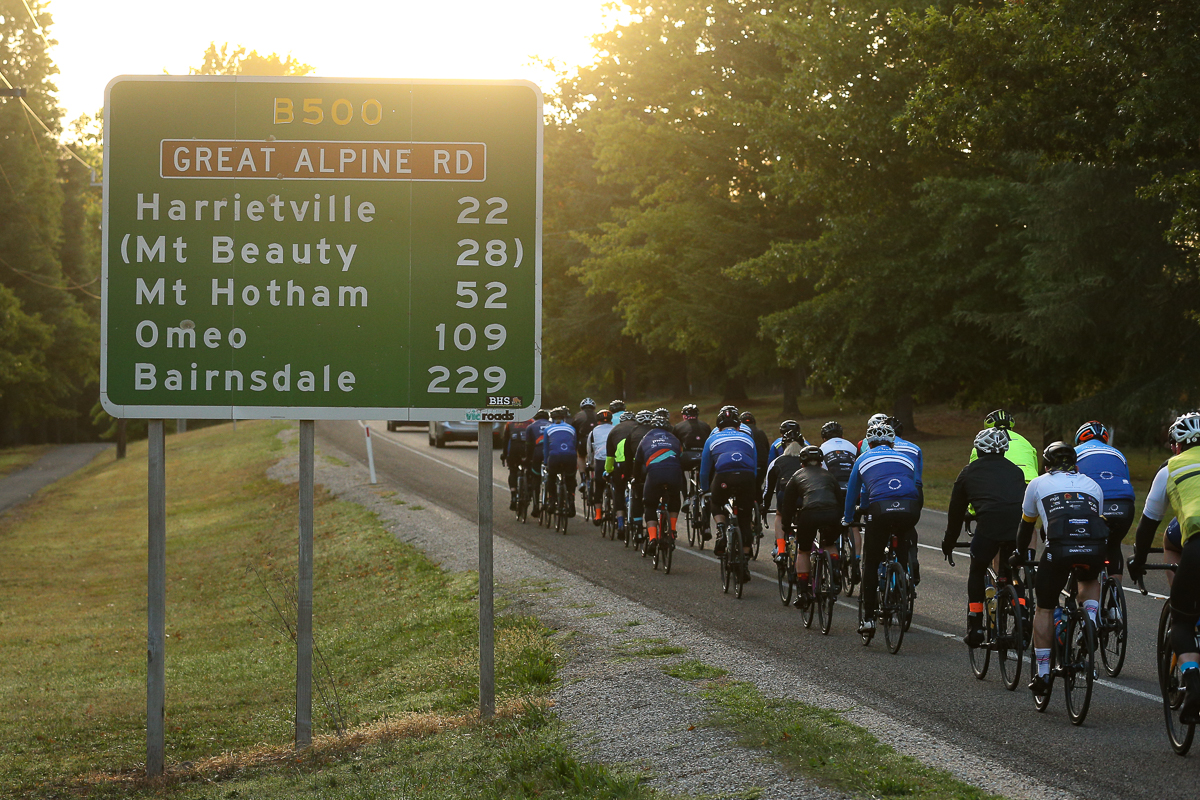 To return to the day. We were told last night that the peloton would be split into four groups. The C and D riders would leave the hotel at 7.30am and the A and B riders would leave at 8.30am. We would ride to the base of Mt Hotham, which is 30kms from Bright, and then the D’s would go 15 minutes ahead of the C’s, and the B’s would go 15 minutes ahead of the A’s. The idea, of course, was that we would all reach the summit at roughly the same time. I think there was a concern that maybe riders would over-rate themselves and there would be some congestion amongst the A’s and B’s, but that didn’t happen. When the C’s and D’s assembled at 7.30, most of the peloton had self-nominated.

There were a few riders who had been up Mt Hotham before. Some said it was excruciating and some said it was a heap of fun. It must be something of a Rorschach test for cyclists. But this blogger can tell you the ride was serious. We rode 30 kms along the valley floor from Bright, and that was easy enough, although there is always a little pressure in a big peloton, maintaining your pace precisely with all the other riders. You climb at about 7 to 10 degrees for the first 10 kilometres. And you can handle that, of course, but it knocks you around a little. And then there is this thing called the MEG. Its maybe about 300 metres long but the gradient jumps to around 18 degrees, and now you’re working. Then there’s a false flat, where which goes for another 10 kilometres. Maybe it’s only 2 or 3 degrees in elevation but you’re working and you feel like you might be travelling along the top of the range so you’ll be there soon. But then you come to this horror stretch for the last 10 kilometres, where there are big climbs, and big falls, at about 16 degrees, with occasional drifts of fog, and where you are so high up, there is nothing around to protect you from the elements. You can see the peak in the distance, but there are all these obstacles in your way, and you feel like Sam and Frodo, approaching Mordor. You are seriously working when you didn’t have much left anyway and, suffice to say, you have to dig deep. 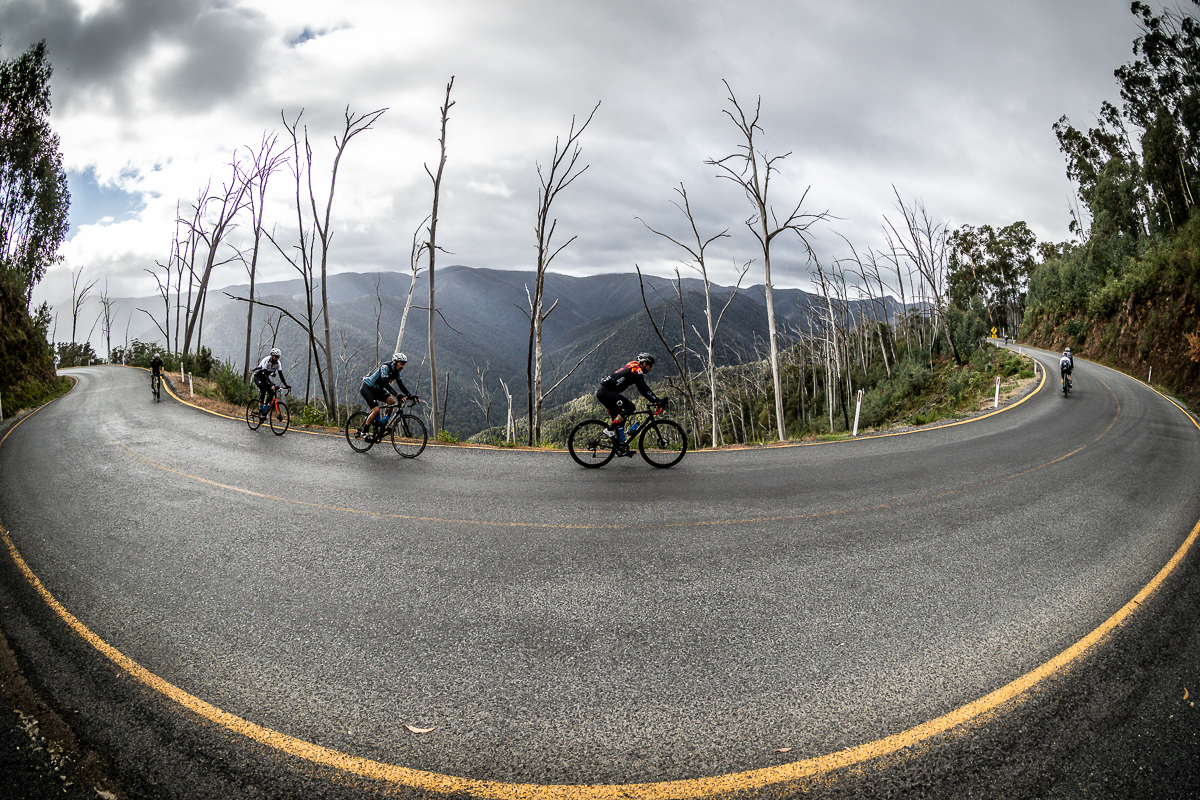 We were kind of lucky though. The sun was out and the wind was mostly behind us, and the good oil is that you don’t get that every day on Mt Hotham. The last kilometre was a wonderful downhill run into the village, with the sun and the wind in just the right spot, and riders around you, practically laughing with relief, as they looked over the surrounding ranges. And the whole A, B, C, D thing worked a treat. Everyone arrived at the summit over about a 30 minute stretch.

The support staff as always were fantastic, standing on the steep stretches, yelling us on, or even giving a little push if we looked to be wilting. There were no drink stations because there was nowhere to stop over the two-hour climb, but there were support vehicles roaming up and down the mountain, topping up drink bottles and handing out lollies. 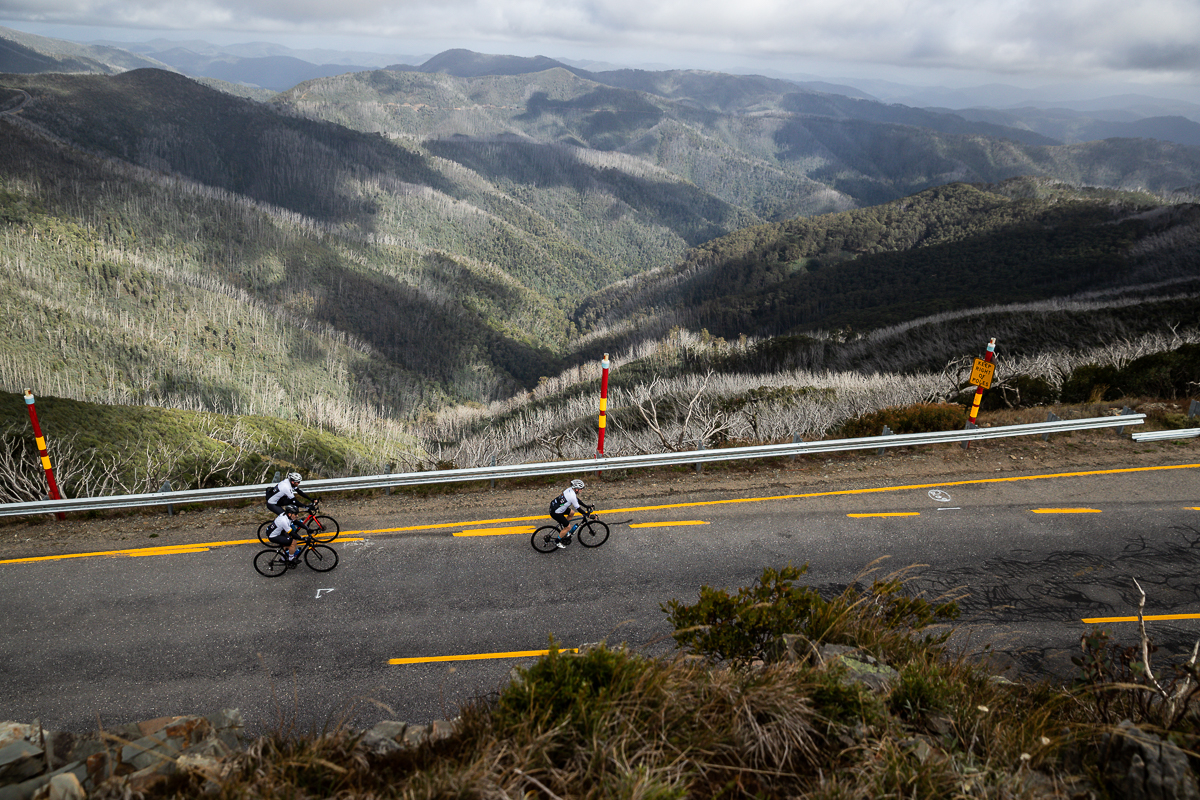 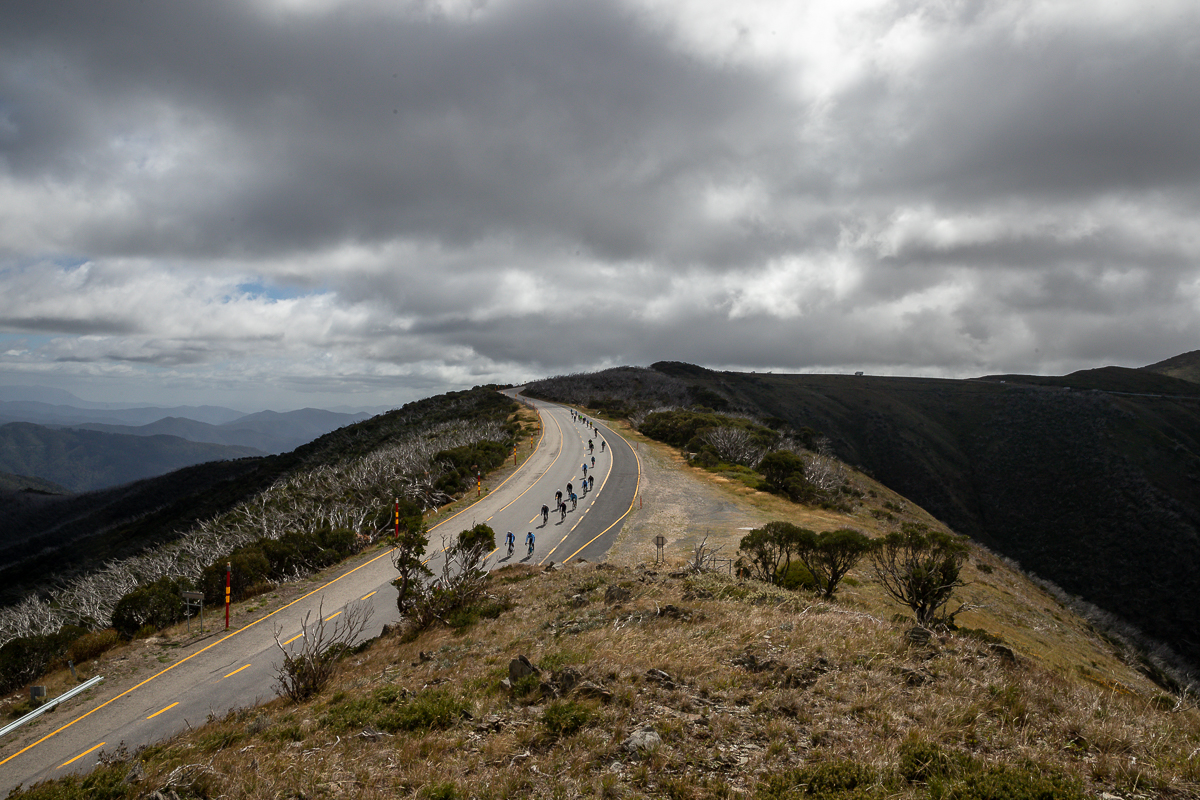 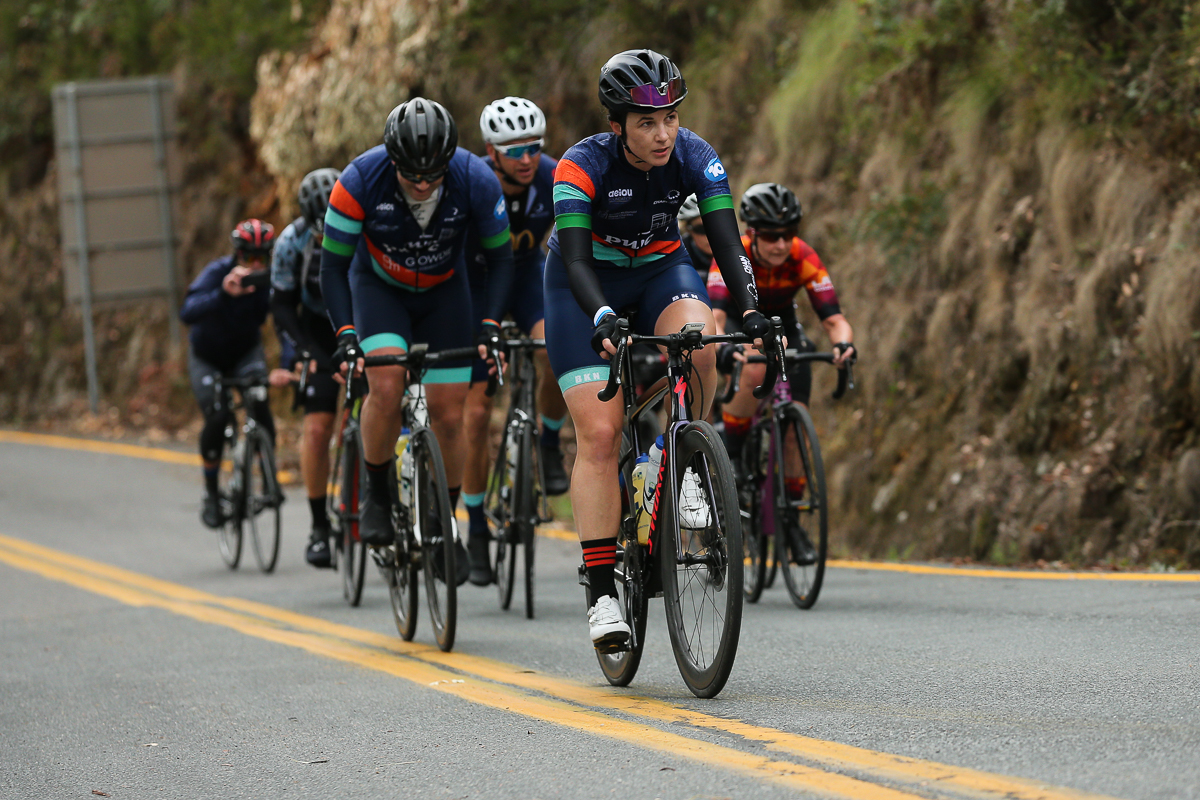 One of the great things about Chain Reaction is that there is never any shortage of guidance. One of the riders told this blogger that Mt Hotham is one of the most seriously difficult climbs in Australia, and you need to eat and drink your body weight the night before, top up at breakfast, and then eat consistently up the hill. Which was very good advice. It’s very easy to find your energy levels crashing if you only eat when you get hungry, and when it happens, you really don’t have any say in it; you just have to stop. We have a briefing each night about the day ahead, and they do a great job in letting you know what you can expect. It certainly helped in pacing ourselves through the three sections of Mt Hotham.

So we arrived in clumps of riders at the café/lodge at the top. And it wasn’t like Mordor at all. There were hot chips, and coffee, wraps, and pasta salads, and all our bike bags so we could change back into warm weather gear. Even so, it took a long time for riders to warm up because, of course, they had been making their way up the hill with just the basic lycra kit, so they could move easily. And I don’t think it got up to 2 degrees at the top. By the time lunch was over, and people had rugged up, there were face scarves, beanies and jackets, and some people looked like they were ready for skiing not cycling. 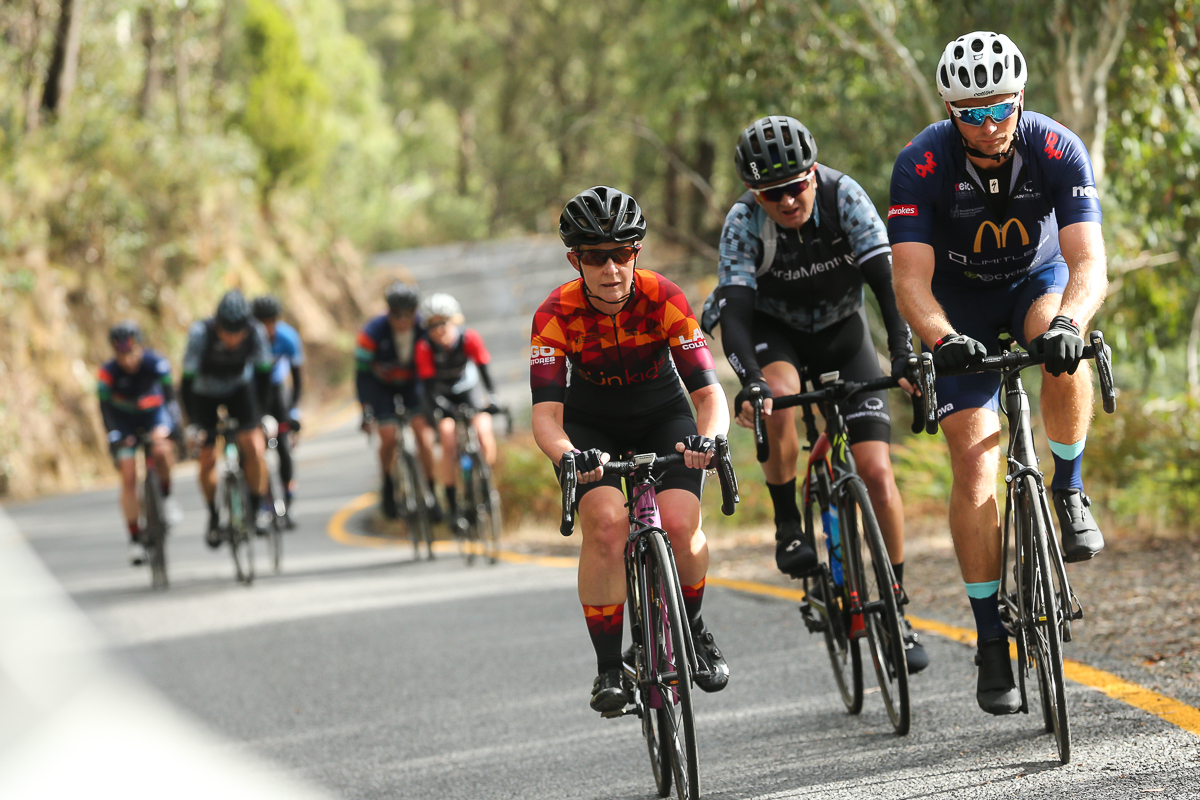 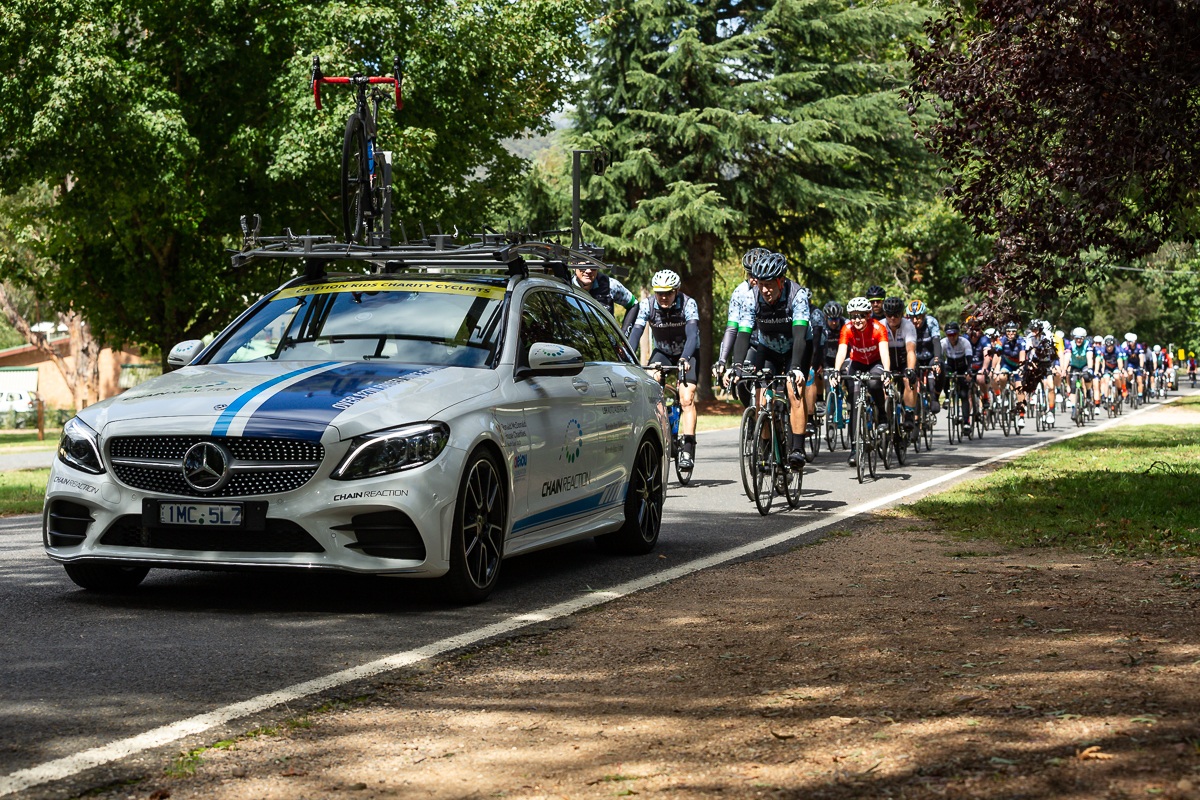 But as you can imagine, after such an epic climb, there was a fantastic descent, back the way we came. We had climbed 1900 metres (and, to give you an idea, Mt Coot-tha is only 250 metres) so there was this unrelenting fast track to the bottom. Mountain drops to the sides, yellow fog lines for the snow, alpine forests, steep tough turns, a picturesue village called Harrietville at the bottom, and it was just a treat to negotiate, especially with a bunch of friends.

We rode back into Bright and back to the Oven Valley Hotel. The bike fanatics love the burn of the climb, and the challenge of the descent, but for this blogger, those two hours at the end of the day, sitting together and taking turns on the massage table, are the easy highlight.

As mentioned, it was the Hutchie’s team’s turn to present at the dinner. Russell Fryer spoke eloquently about why Hutchinson Builders is committed to AEIOU, and then the CEO of AEIOU, Alan Smith, spoke about the work that the organisation does to support families affected by autism, and especially the benefits of early intervention. He also spoke about the tremendous difference the Chain Reaction money makes in providing services, and taking pressure off families. So if you haven’t donated, give it some thought!

That's all for now.