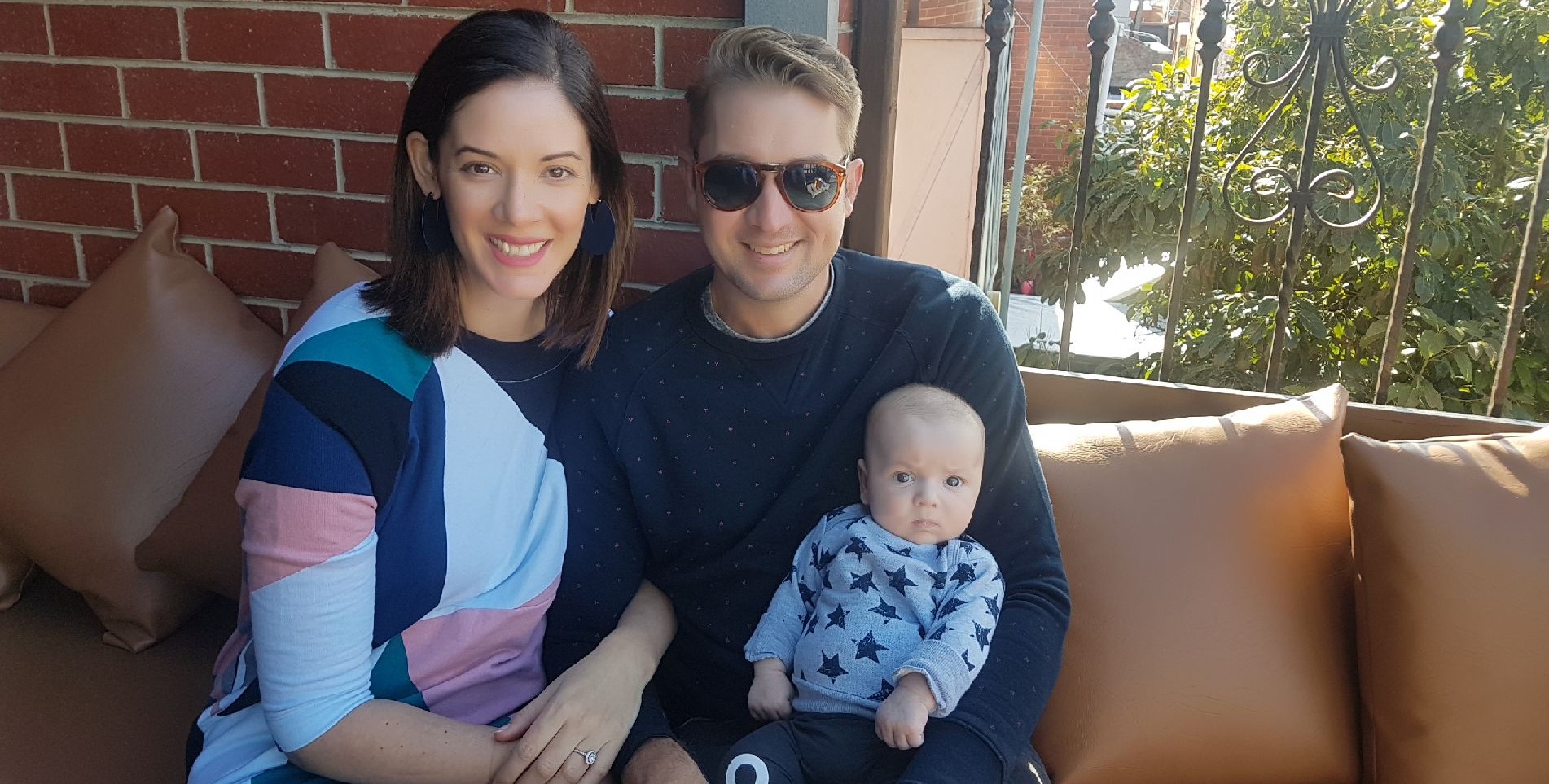 Sitting in the Monash Children’s Hospital with his wife Carla and critically ill newborn son Charlie, Ash Hutchinson was a world away from cycling feats which included Team Pursuit gold at the World Track Cycling Championships (2004) and Commonwealth Games silver in the Scratch Race (2006).

Yet, the winding road to this perilous time illustrates how life’s many junctures can lead towards a destination seemingly both surreal and fated.

As good as Hutchinson’s somewhat accidental pro-cycling career (he began track riding to keep fit for BMX), his post career cycling association with Chain Reaction has been equally, if not more remarkable.

“I got involved with Chain Reaction by chance,” recalls Hutchinson of his time working at Planet Cycles, where he met Michael Byrom and was asked to join a Chain Reaction ride as an ambassador.

Although hesitant at first, owing to previous charity ride experiences, he found the professionalism, level of giving and charity partner stories compelling. So compelling in fact, Hutchinson will be riding his 9th Chain Reaction event this March.

Winding back to when fiancée Carla moved to Melbourne with Cairns-raised Hutchinson in toe, his involvement was a factor in being hired by Chain Reaction’s Event Manager Tim Chadd at Total Rush bike shop. Another key intersection came about after a career chat with John Gowdie (Gowdie Management Group enter a team in the Queensland event in which Hutchinson continues to participate), leading to studying project management in Melbourne and taking up a full-time project manager role with Gowdie Management Group. 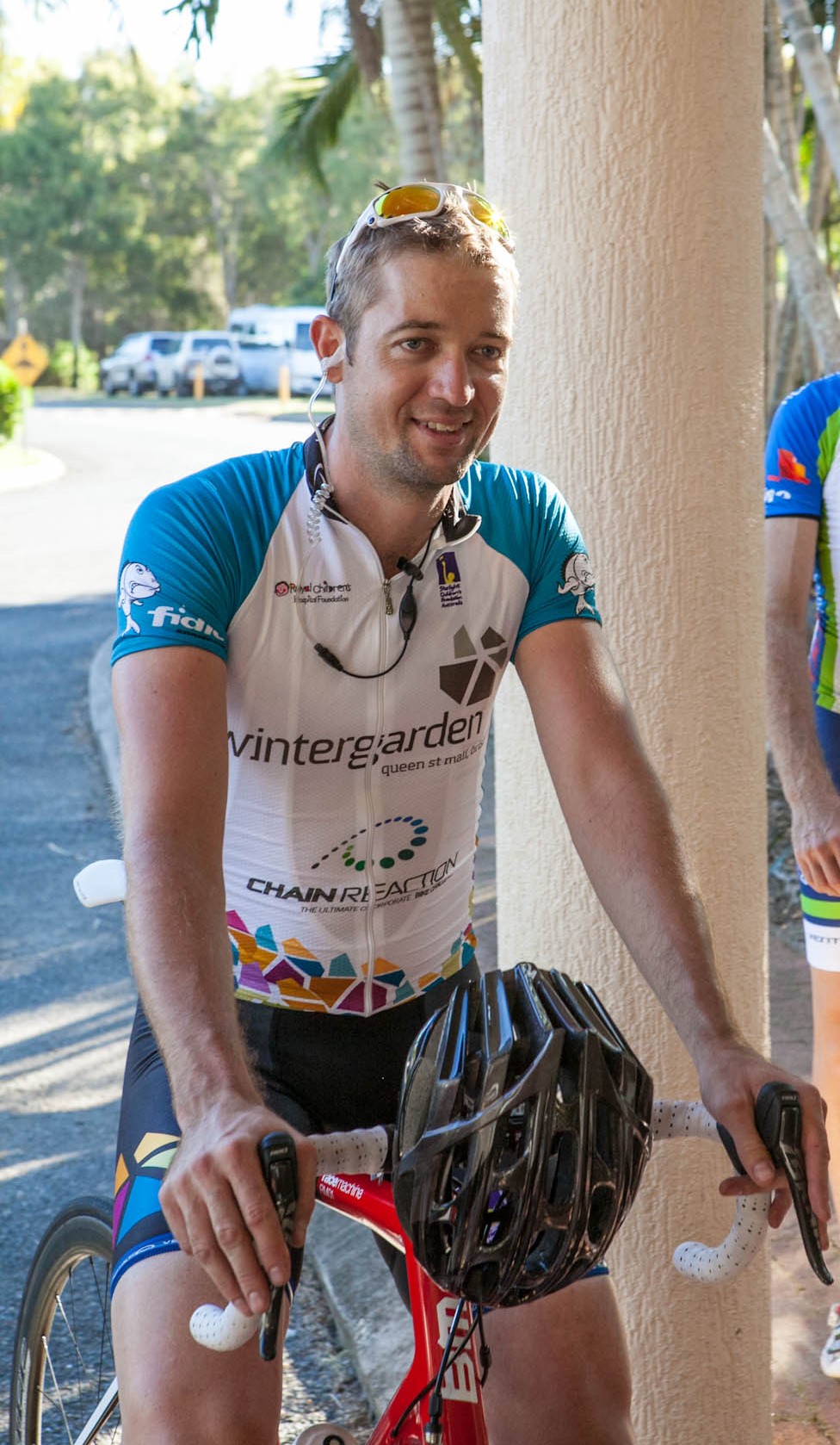 Having experienced the notoriously tough Australian cycling program of his era, where not only were the training sessions brutal, but the pay virtually non-existent, Hutchinson’s Chain Reaction encounters helped smooth the difficult path to a post-sporting career transition.

One might contend the modest, hardworking Hutchinson deserved any slice of good fortune that came his way – including the time when a council worker miraculously found his cycling medals at the bottom of a lake after they’d been stolen years earlier!

But in 2017 the excitement of first-time parenthood quickly turned into every new parent’s nightmare and a stark reminder such misfortune can strike anyone without notice, as Carla relates;

“In 24 hours (after birth) he was turning purple every time I was breastfeeding. Within another 24 hours he was in the newborn unit at Monash Children’s Hospital and that was probably the scariest moment of my life.”

After a number of hospital visits over subsequent weeks, Ash feared it was Meningitis. 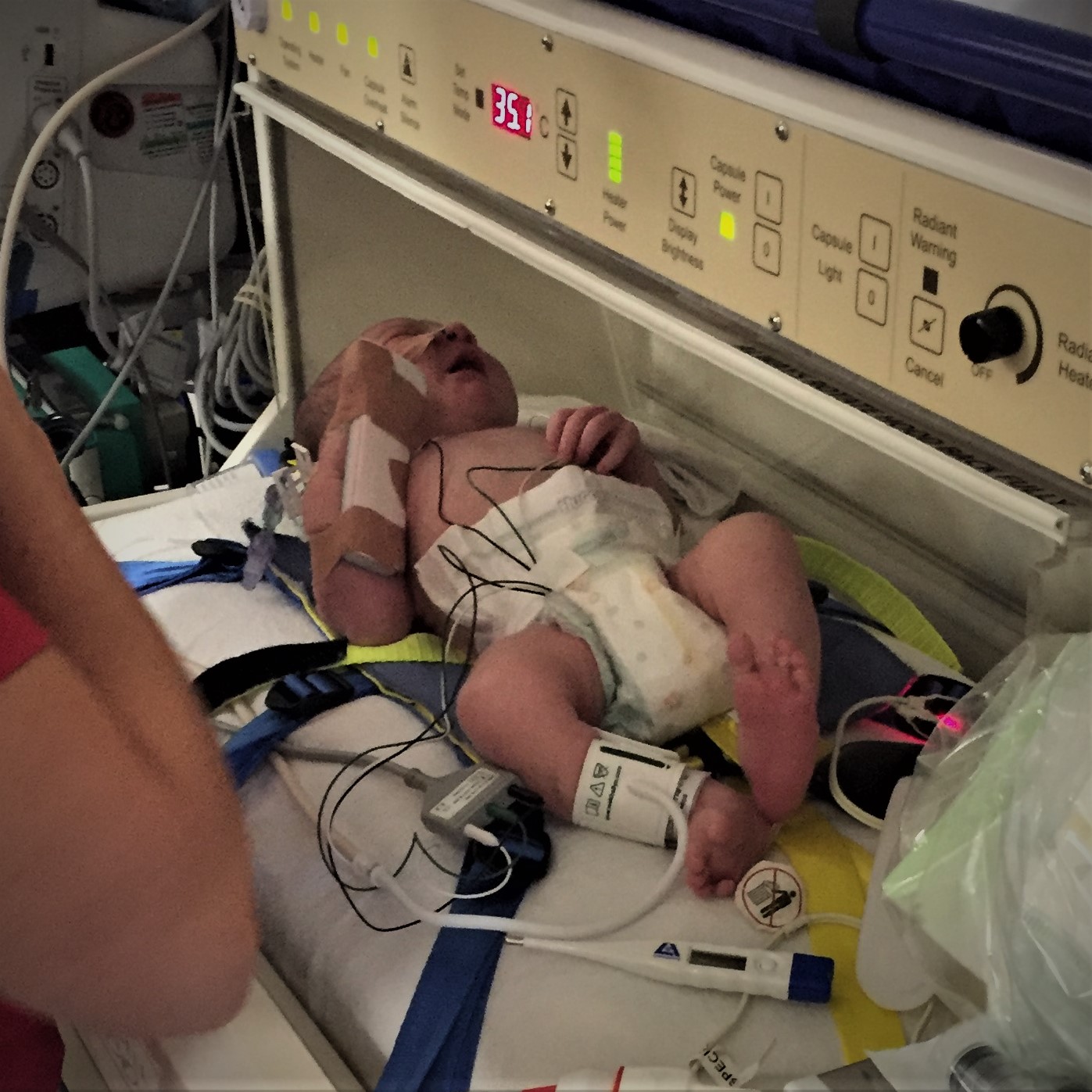 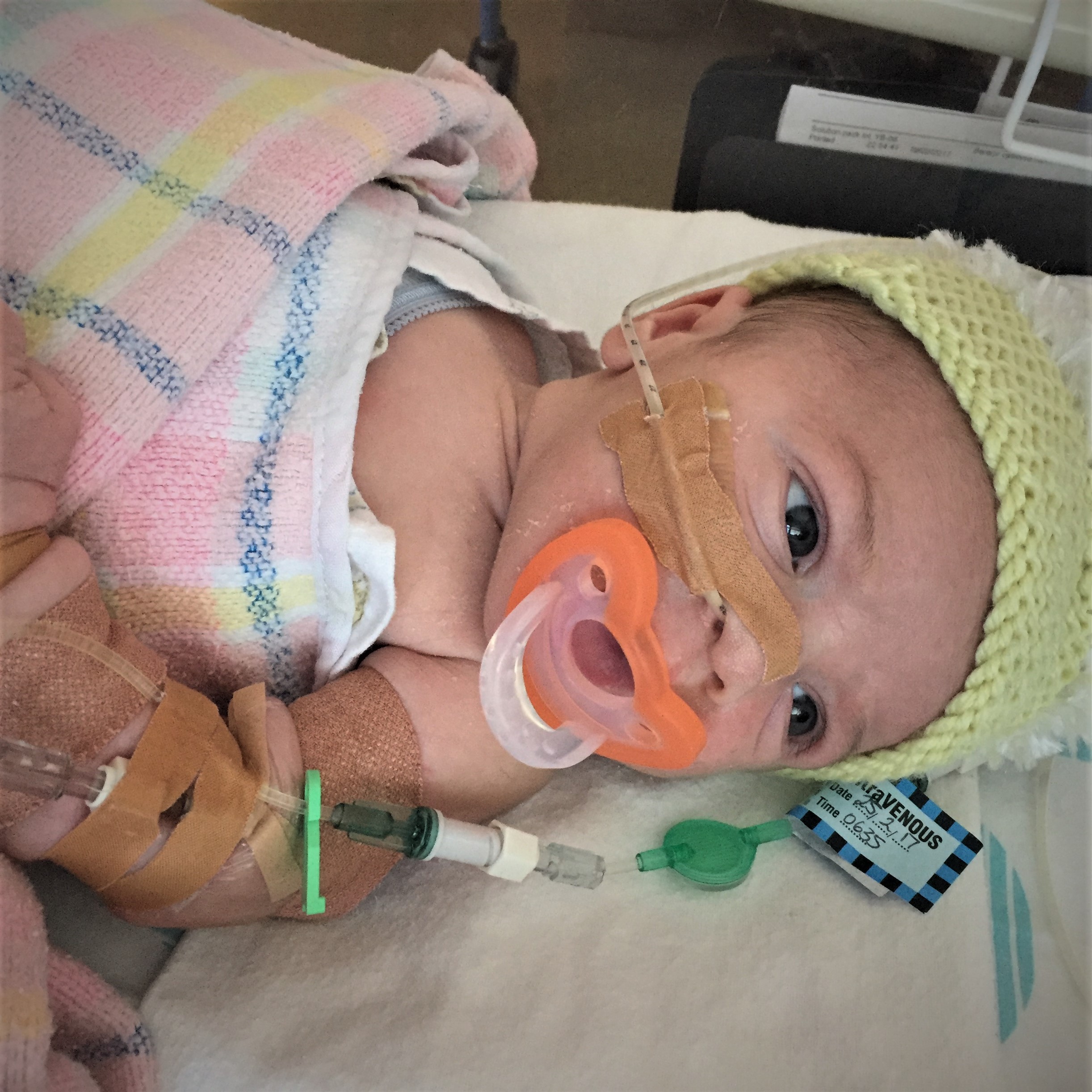 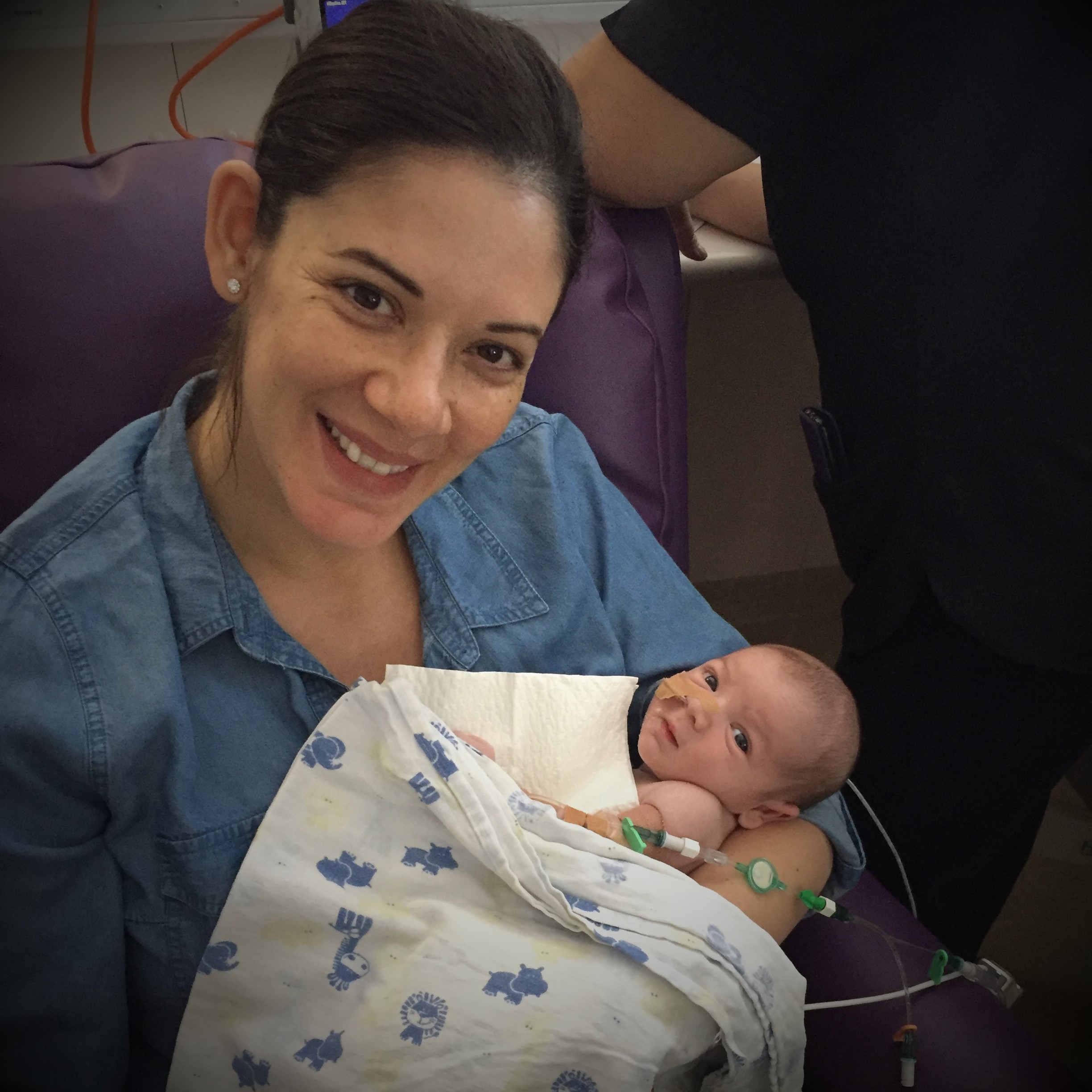 “We were still unsure, the doctors were unsure, and he was really, really sick. As we were sitting there, they wheeled out this mobile scan machine that had a big Chain Reaction sticker on it.”

Having personally raised tens of thousands of dollars over the years via Chain Reaction for such vital equipment and other programs and projects to benefit sick children, now his own family would be the beneficiary.

The diagnosis arrived at kidney/ureter problems and Charlie underwent his first surgery six weeks after birth. Just before Christmas last year Charlie had a follow-up surgery and is now a happy, healthy and cheeky one year old. And the spitting image of his champion Dad.

“We’ve got no real concern at the moment but there are a lot of parents in a lot worse position than we are, and that again makes you realise why Chain Reaction is so important.”