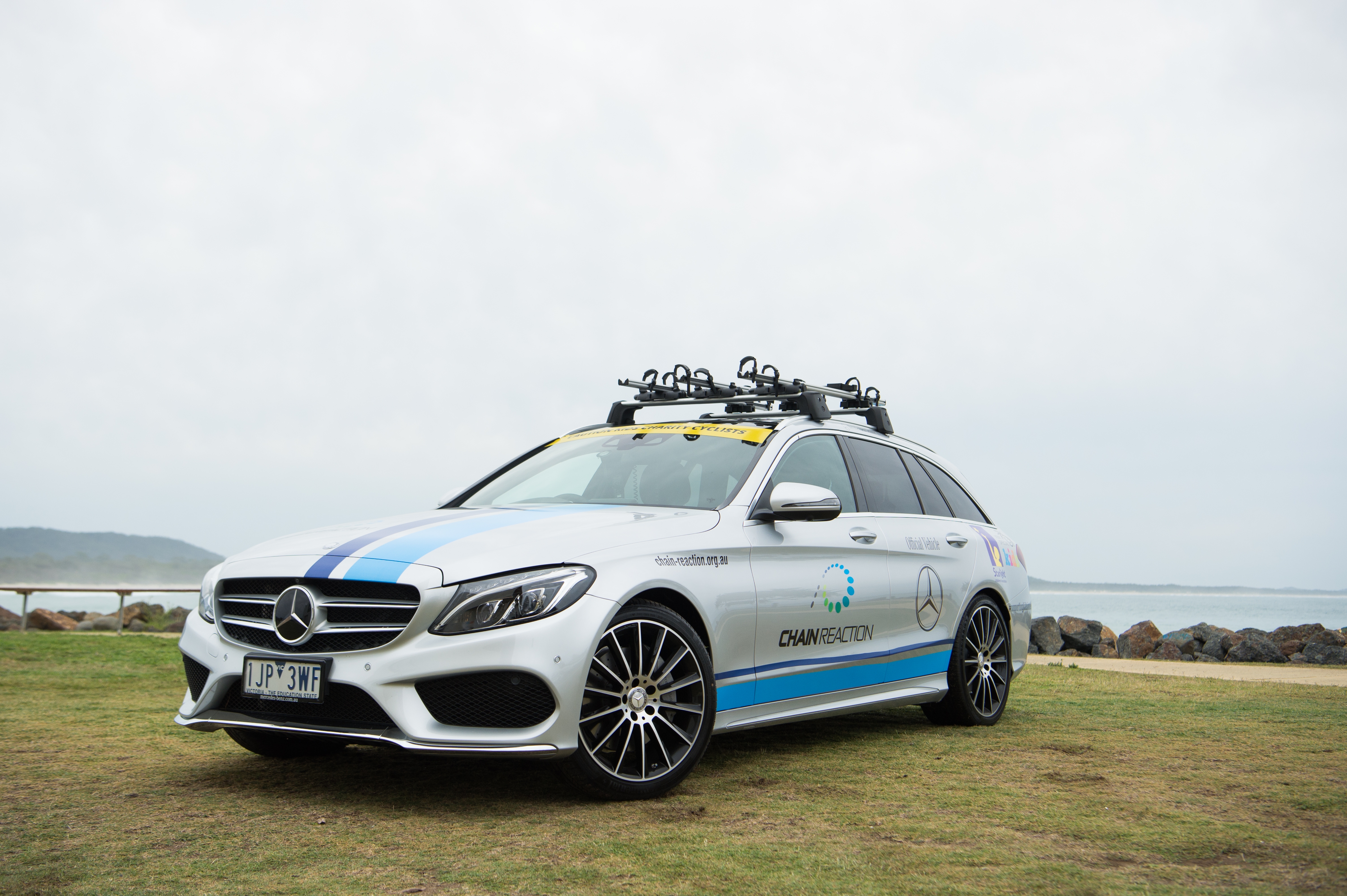 Mercedes-Benz Australia will provide key logistical assistance to corporate cycling charity Chain Reaction Challenge Foundation by supplying a fleet of vehicles to support a series of long-distance bicycle rides, which are set to raise millions of dollars for a variety of charities assisting children with serious medical issues.

Described as ‘the ultimate corporate bike challenge’, Chain Reaction has raised $19.2 million since its first ride 2007. Among the many previous beneficiaries of funds raised by Chain Reaction cycling events are children’s neurological disorder charity Brainwave, which is also supported directly by Mercedes-Benz Australia, as well as AEIOU Foundation, the Victor Chang Cardiac Research Institute and Very Special Kids. In 2016, Chain Reaction donated 75 per cent of every dollar raised to its children’s charity partners.

In return for the physical challenge of a fully-supported, pro-style cycling event, participants commit to a fundraising goal of $5,000 in personal donations to support their entry.

During cycling events in 2017 and 2018, Mercedes-Benz Australia will become the Official Vehicle of  Chain Reaction, supplying a total of six cars and vans that will perform duties including leading the cycling peleton, providing medical support, and various logistical services.

Chain Reaction was created by Melbourne man Berrick Wilson in 2007, after his two-day-old daughter Milla was rushed to hospital with a brain haemorrhage. Milla made a full recovery but Wilson – who is now a partner with consultancy firm KordaMentha – wanted to do something that would allow people in a similar position to himself to assist.

“It was obvious that even in Australia’s major capital cities, more can be done to help sick children,” Wilson said.

“Working with Chain Reaction is an extension of the support for children that Mercedes-Benz already provides to Brainwave. We understand that Chain Reaction helped to pay for Brainwave’s recent Christmas party for its clients, which only proves their dedication to helping children facing serious medical issues and their families,” he said.

Chain Reaction will embark on four bike rides in 2017. The first, from March 11 to 17, covers 1025km on selected stages between Sydney and Brisbane for 40 business executives from Melbourne. One week later, on March 25, another 1000+km, seven-day route begins in Auckland and tours New Zealand’s North Island for executives from Sydney.